It was with great sadness that the Doctors’ Support Group learned of the passing of Dr Raymond Parsons who was a senior member of our group. 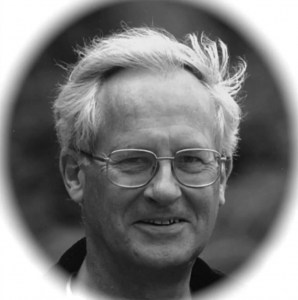 The following Eulogy was presented by his son, David:

Some of you may well be wondering why my Father’s funeral is in Devon. This is where his Uncle and Aunt bought our house, Windlehurst, in the early 1930’s. So my family have a history here for the best part of a century. It is where my Father was evacuated from London and lived during the war, where my sister Nicola was married, where he enjoyed the beautiful scenery and peacefulness, where as a part time insomniac he slept best, where he enjoyed many holidays, Easters and Christmas’s with his family and where he can be laid to rest with Nicola.

I would like to thank everybody who has travelled so far to be with us today and particularly thank Reverend Burton for his kindness and flexibility about having the service at St. Mary’s Church.

As I gathered my thoughts and memories for today the seesaw of extremes throughout my Father’s 75 years struck me quite forcibly. An only child, brought up in North London, these extremes started early in his life. To say that he underachieved at school in both the classroom and on the playing fields has never been a matter of great controversy in our family. He told me on many occasions that as a young boy he could just never really see the point of school. So he left UCS in Hampstead aged sixteen and started work at The Stock Exchange Gazette where he developed a somewhat inevitable dislike for his boss, Lord Ryder. A dislike of bosses was also a theme throughout his working life. He moved onto Bowater in Knightsbridge and soon realised that medicine was his real calling. So he went to night school, passed five A levels and applied to medical school. He ended up at Westminster where he won an array of medical prizes including a scholarship to work in Uganda where my parents spent three months as a young married couple.

His early lack of academic success is interesting because he was at heart very academic. His knowledge of history, politics and medicine was certainly formidable if not encyclopaedic. An avid reader, he would have not, one, but about five books on the go at any one time. I think one of my Mother’s worst fears was another trip to the bookshop where he would inevitably add to his already vast (and I mean vast) collection of books.

He had some sage lines and observations about life. My experience of Doctors is that they are like car mechanics. If you seek a second opinion the one certainty is that the second diagnosis will be different to the first. As a child, when I was ill the general response was “you’ll be all right” but on the occasions when I was really ill I remember having enormous confidence that my Father’s diagnosis and prescription would always be spot on.

Many of his one-liners were entirely predictable. As a child, when I asked “Why” the answer was typically “Z”. The standard answer to an inquisitive question was “Go and look it up in the dictionary.” It was never very long after the start of the school holidays before he asked in an exasperated tone “When are you going back to school?” When I forgot something he’d say that I’d “forget my head if it wasn’t screwed on” and when my table manners were sub standard “I needed a troff like a pig.”

One of his many sage but somewhat cynical observations about life that has stuck with me is that “you never really know anybody until you have shared an inheritance with them.” And as a young boy when I complained about my schoolmasters he simply said: “Remember. Schoolmasters are men to boys and boys to men.” My favourite recollection is telling him at around the age of fifteen that I wanted to be a stockbroker. He was reading The Times at the time. After a very long period of silence he lowered the newspaper, looked me straight in the eye, and said “I had hoped that you’d do something more useful with your life.” I jest now but he was being absolutely serious at the time.

He went into medicine to help other people and that is the stand out characteristic about my Father throughout his whole life. The reality is that NHS politics sadly took centre stage for too much of his career. However, for the last ten plus years he devoted a very great deal of his time on an entirely voluntary basis to The Doctor’s Support Group which provides support and assistance to the many medical professionals that find themselves under investigation for alleged misconduct. These situations can in some cases go on for years and be enormously destructive to people’s professional and family lives. This work combined a trio of passions for my Father – the law, medicine and perhaps above all supporting the underdog.

My Mother and my family have been enormously touched by the number of kind messages from people that my Father helped. I would like to share part of one message, which encapsulates the thoughts of so many other messages that we have received.

You will not need me to tell you what a wonderful and altruistic individual Ray was – there will be a plethora of people whom he has helped who will testify to that.

We shall remember Ray as a true friend who stood with us and supported us through the difficult times and shared too good times. He and his wife Joyce, helped to restore dignity to the down-trodden.

When I think of Ray I am reminded of a true neighbor.

Ray was a true believer and follower. He selflessly gave of himself to others until he could give no more. I know that in taking him, God has declared that it is now his time for rest. Ray has shown us what we need to do for each other. I hope that we can each live up to his example.

My Father’s desire to help people manifested itself in an incredible generosity. Buying him a drink was difficult and dinner was a near impossibility. My children’s forecast pocket money for the next year has declined dramatically but thanks to him their reserves are very healthy. He would be the first to pick up relatives, family or friends from the airport whatever the time of day or night. And yet, apart from books, and the occasional expenditure on technology (normally mistaken like buying 2, not 1 but 2, betamax videos) he really spent next to nothing on himself. He would walk for miles rather than taking a taxi and had little interest in material possessions. His huge generosity was something that he reserved for others.

His diet was also extreme. As a Doctor he was very health conscious. He was the most anti smoking person you could every meet. Before the smoking ban he would in all likelihood be extremely rude to somebody in a restaurant who was smoking entirely legitimately by lecturing them about lung cancer. This was, of course, much to the great embarrassment of the rest of the family and he would almost certainly move to another table even if it meant sitting on his own. However, he never took a great deal of physical exercise, put more butter on his bread than anybody I’ve ever met and adored ice cream.

His star sign was Taurus (a bull) and he could be as stubborn as a mule. Arguments or debates required Herculean strength and enormous patience to win. A very recent example was trying to persuade him to get some proper medical help. Every avenue I chose rapidly became a dead end and the conversation wilted when he said that I needed to “understand that Doctors make very difficult patients.” He could be an immoveable object. He was an extraordinary hoarder, keeping cheque books from the 1970’s and restaurant receipts from lunches that date back to my time at Prep school. He was a cocktail of rebel and convention, had illegible handwriting, and his emotions oscillated from great highs to great lows.

He was visibly happiest with his grandchildren in later life and you will shortly hear some of their memories first hand. Their ages now range from 9 to 21. Activities included hose pipe fights in the garden, snow ball fights in the house, playing cricket, chess and monopoly. He read them stories, visited Oxford & Cambridge and the law courts in London. My parents would visit them at school and university and take their friends out for lunch. Nothing was too much trouble or expense. He was interested in every aspect of their lives be it academic, sport, drama or romance.

In August 2012 my parents celebrated their 50th wedding anniversary by taking a large party of our extended family to a hotel on the beach in Salcombe in Devon. The age span was 6 to 90 and it was another characteristic act of their generosity. Hotel rooms, drinks, lunches, dinners and activities such as sailing were all provided with no expense spared. 50 years is a huge achievement and my Mother certainly stood loyally by my Father for better for worse, for richer for poorer, in sickness and in health. She loved, cherished and even, I would argue, obeyed him from the day of their marriage until they were parted by his death.

Their marriage also witnessed extremes and hard times. Shortly after my sister was born my Father was diagnosed with Hodgkin’s Lymphoma. The medical books at the time described this as a death sentence in the opening paragraph. However, he survived and lived for the best part of another half century with a heart valve replacement along the way in 2001. They suffered the tragedy of losing my sister to cancer nearly 5 years ago and dedicated pretty much every minute of their lives to Nicola and her family in her last few weeks; rarely leaving her side at the Hospice.

Raymond was one remarkable human being; a dynamo in human form! His energy and drive were remarkable things to observe and more importantly to experience. Combined with his formidable intellect, he was a force of nature.

He touched our lives in different ways as a husband, Father, Grandpa, relative, friend or mentor and we shall remember him in our own different ways. I always knew that his love was unconditional and I am very lucky to have had him as my Father. He made me strong and, to me, my Dad was a great big excess of love, generosity, kindness, knowledge and selflessness.